It's hard to believe it's been 6 years since I first raced the BC Bike Race - a grand 7 day showcase of some of the finest singletrack coastal British Columbia has to offer.  Back in 2008, the event was quite a bit different from today's edition.  The days were longer back then(day 2 was 70+ miles!) which meant everyone had to team up (for safety/liability).  Ian Mackie and I flew the old Benaroya blue to a top-10 finish.

Come 2014 and the BCBR is a polished consolidation of as much quality singletrack as possible.  Winning times are now 2-3 hours instead of 3-5 hours each day.  That being said, the new style is by no means easier.  Typical trails are technical and physically demanding.

Three teammates, Toby Swanson, Garett Heitman, Benji Perin, and myself took to the BCBR starting line as 4 solo racers.  Originally, Garett was teamed up with Gian Dalle, but unfortunately, Gian separated his shoulder two weeks before the race and was unable to compete.  Huge bummer for him to not be able to race the big event he had trained all year for.  My lovely and supportive girlfriend, Whitney, generously offered to tag along, drive the CLIF van and support us all week - no easy task taking care of 4 perpetually-exhausted and disorganized men for 7 days straight.

Riding the famous Vancouver North Shore has been a dream of mine since my early teenage years.  Believe it or not, even after living in Bellingham since 2006 I had never made it up to ride the fabled 'Shore.  We were all treated to a day-before pre-ride of most of the course and put-up in a sweet pad only a mile from the start/finish.  Thank you, Scott!

The race started out about as expected - lots of super strong Euros hammering the front on the initial pavement climb.  The first trail, "Circuit 8", spread the field out and made me wish I was strong enough to stay ahead of some of the less-skilled riders.  As the week went on, battling for singletrack hole-shots would become a repetitive task.

The first half of the race was spent on Mt Seymour, with my personal highlight being "Severed D" and "High School Loop".  Lots of oldschool technical wet roots and rocks mixed with fun rhythmic berms, pumps, and doubles.  Next we ventured over to Mt Fromme and climbed fire road for a couple thousand feet to "Expresso", the first enduro (timed downhill) stage.  Expresso was a blast and I passed a handful of dudes who had gone by me on the climb up.

After sleeping in Cumberland, we awoke and raced in the same Vancouver Island destination.  I remembered the trails well from 2008 and knew they wouldn't disappoint.  After a longer climb than expected, we entered some amazing singletrack with a slickrock surface surrounded by a thick carpet of moss.  I thought we had mossy dank forest in Bellingham, but I must say this Cumberland trail was something else.

The first day on the Sunshine Coast didn't disappoint.  Ribbons of trail meandering through a lush sea of green.  The day lacked any long climbs which allowed me to stay with the leaders for longer than usual before being punted off the back on the "Aloha" climb.  Who could forget the name of this trail as it climbed through a live Hawaiian Luau under a bridge before looping back around and crossing over itself.  It was quite the spectacle complete with ukelele players and hula dancers.

With temperatures in the 80s and the longest stage at 60 km, day 4 was definitely the most challenging.  It was also the first of two point-to-point days, starting at the Earls Cove ferry landing and finishing in the seaside town of Sechelt.  The race featured numerous short steep climbs, many of which were beneath power-lines exposed to the scorching sun.  After climbing gradually to the day's highpoint, the route entered the enduro descent down towards Sechelt.  "VFR" was the name of the trail and it was a blast.  Besides missing a turn, this may have been my favorite enduro stage.

Even more memorable than the race itself was flying on a seaplane to the start of the stage.  The pilot flew us over beautiful rugged Sunshine Coast backcountry and even dove sharply over a waterfall.  Quite the experience to say the least!

A much needed shorter day (41 km) and our last on the Sunshine Coast.  This one was definitely packed-full of quality trails.  I still vividly remembered some of the fast flowy trails such as "Hwy 102" from way back in '08.  I gave the enduro segment, "Sidewinder", a hard effort and was rewarded with the top time of the day.  The "Sprokids" trails after Sidewinder were an added bonus with bermy, jumpy flow.  The blissful descending went on and on before finally coming to a sad end at the Langdale ferry terminal.

This was the day that most people talked about all week.  With 5-6k feet of climbing and home to famous races like the Test of Metal, Squamish was sure to challenge everybody.  I've raced in Squamish many times, but was excited to ride a bunch of unfamiliar trails.  "Rupert", a new 2014 trail, was particularly awesome with steep rock rolls and well-designed technical challenges.  "Half Nelson" was another good one with machine built berms and jumps.  There were some high speed doubles that really got my heart thumping and earned loud cheers from spectators.

I had ridden the day's enduro, "Pseudotsuga", a few years ago but didn't remember it well.  Another machine-built trail, it was fast but loose.  I was yet to crash all week, but my luck finally came to an end near the end of the trail.  I'm not sure what happened exactly,  but I went down HARD.  I quickly got back on my bike and tried to limp along as quickly as possible to the finish of the enduro - fortunately only another minute or so down the trail.  Now on a dirt road climb, I was able to slow down and assess my condition.  Both knees, left shoulder and arm (opposite my previous shoulder separations), left finger, and right palm were all aching with pain.  I could also tell my face was bloody, but I wasn't sure how bad it was.  As if on cue, Catherine Pendrel's husband, Keith, was alongside me offering to help.  We had gotten to know each other over the week of living out of side-by-side sprinter vans at each day's basecamp.  He was super helpful and sprayed off my bloody wounds and assured me that my face didn't look too messed up.  Glad to know I shouldn't head for a hospital, I picked up the pace and did my best to not get passed by too many people before the finish.

The final day and a gloriously short hot lap around the Whistler valley.  We started by blitzing to the top of the lower bike park then blasting down the mountain in lycra (a rare sight for the world famous Whistler bike park).  Next, we ventured over to the Lost Lake trails and wandered around the rocky undulating cross country trails.  I was in a lot of pain from my wreck the day before and had to really fight hard to hold onto my 12th place overall.

I was nearly in tears crossing the line, glad to be done fighting the pain and overcome with the closing of such an incredible week of riding.  In my un-travelled opinion, there is no better place to mountain bike than BC.

I'd like to give a huge shout out to CLIF Bar for getting us to the race and keeping us fueled throught and Transition Bikes for putting us on bikes that shred trails with unprecedented reliability (our Bandits had ZERO mechanicals or flats over the week- not many teams can say that).  Big thank you also to Platypus Hydration, Ravenna Capital Management, Cherry Valley Logging, KORE, and Second Ascent.

And of course I can't thank the hundreds of volunteers who put their time and energy into giving us the opportunity to tour BC for 7 days, fully supported.  The traveling circus that is the BC Bike Race is an awe inspiring show of organization, planning, and teamwork.

My big event of the year completed, it's time to kick back with a cold one and plan some summer mountain adventures.  Cheers!
Posted by Unknown at 12:15 PM 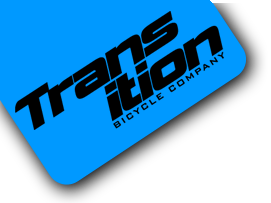 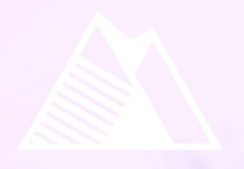 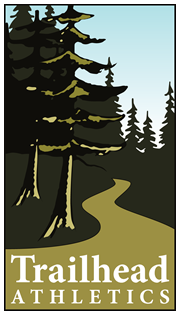